When will California relax mask and vaccination rules? 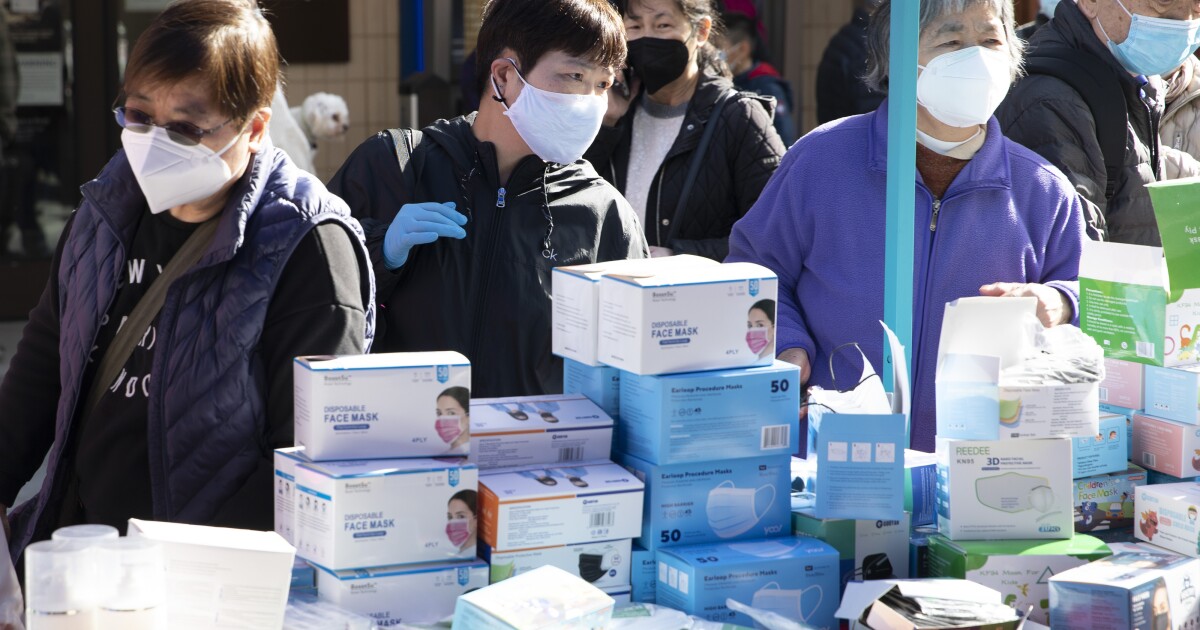 As the Omicron surge quickly fades and people clamor for a return to pre-pandemic life, public health officials in California and beyond are facing new pressure to relax safety rules for masks and vaccines.

But many remain reluctant to claim victory, aware that new variants are possible in the months to come. Hopes for a definitive end to the pandemic have been repeatedly dashed, they say, and it would be unwise to drop both masking and vaccine requirements while such uncertainty persists.

Instead, health officials are calling for smaller measures.

“This phase of the pandemic is coming to an end. I think that’s clear,” UC San Francisco epidemiologist Dr. George Rutherford said during a meeting on campus last week. “What variants emerge after that, anyone can guess. … It is simply impossible to predict them, unfortunately.

Some counties in California are beginning to repeal vaccination mandates to enter certain businesses. Contra Costa County said Friday it was lifting its vaccine or testing requirement for patrons of indoor restaurants, bars and gyms.

Health officials in the Bay Area’s third-most populous county said the easing of the mandate, which has been in place since August, comes now that 80% of residents are fully vaccinated and 2 out of 5 residents have received a booster injection.

By contrast, in Los Angeles County, 69% of residents are fully vaccinated and 1 in 3 residents have received a booster.

“We believe the time has come to relax a requirement that made a lot of sense last summer, when a different variant of COVID-19 was dominant and there was less community immunity,” said the Dr. Ori Tzvieli, acting Contra Costa County Health Officer. , said in a statement.

“But we are by no means back to normal,” Tzvieli said. “There are still many more cases of COVID-19 in our community now than there were in mid-December, so we must continue to take precautions when we go outside.”

But other parts of the Bay Area are still enforcing their vaccination rules. Oakland became the latest city in California to require proof of full vaccination to enter certain businesses after an emergency ordinance approved days before Christmas went into effect Tuesday. A similar rule is in place in West Hollywood and Berkeley.

San Francisco, however, has changed some of its requirements. The city partially relaxed its vaccination verification rule on Tuesday to allow restaurants, bars, clubs, theaters and indoor entertainment venues to allow unvaccinated patrons to enter if they cite religious beliefs or a qualifying medical reason. But those people must show a recent negative coronavirus test – administered by a test provider and showing the person’s name – to enter.

For vaccinated customers in San Francisco, reminders will now be required to enter certain locations for those who are eligible. San Jose made a similar adjustment Friday for indoor events of 50 or more people at city-owned venues, including the convention center and the SAP Center, an indoor arena home to the San Jose Sharks.

San Francisco has also relaxed its order of COVID-19 masks for vaccinated gym members and office workers, allowing them to get rid of face coverings as long as they are up to date on their vaccinations and reminders, if they are eligible.

The Bay Area was spared the worst of the Omicron surge, likely due to higher vaccination and recall rates and greater mask-wearing compliance.

LA County also faces a higher poverty rate and overcrowded housing, which has historically made it more vulnerable during the pandemic than the Bay Area. Of the 25 largest metropolitan areas in America, LA has the highest percentage of overcrowded homes, according to 2019 data from the US Census Bureau. Of all LA homes, 11% are considered overcrowded, compared to about 6% in New York and the Bay Area.

Unvaccinated people can still enter businesses in the city expressing a religious exemption, but they must present proof of a recent negative coronavirus test. Opponents are collecting signatures to force the city council to overturn the rules or put the question on the ballot for voters to decide.

As Omicron’s push continues to wane across the country, some officials are pushing to lift rules more aggressively, such as mask mandates. In New Jersey, for example, Gov. Phil Murphy’s office said Monday it intended to lift a statewide mask requirement in schools early next month.

In California, however, everyone on campus must still wear masks indoors, as the state will continue to mandate masks in all indoor public spaces until at least February 15.

LA County has set criteria under which it would drop mask requirements in certain outdoor settings once COVID-19 hospitalizations drop, and under which indoor mask rules would be relaxed after further gains.

Supervisor Kathryn Barger pleaded for the mask order to be lifted. “Individuals should be allowed to make an informed choice about whether or not to mask,” Barger wrote.

“COVID-19 transmissions, quite frankly, are having a disproportionate impact on the daily workers who are the backbone of this very local economy,” said Mitchell, whose district has many black and Latino residents who have suffered much worse health issues during the pandemic. “They are disproportionately brown and black workers who have to commute to their jobs every day and interact with people every day.”

A new study by scientists from UC Berkeley and the California Department of Public Health has further illustrated the effectiveness of masks in preventing coronavirus infection. Published by the US Centers for Disease Control and Prevention, the study found that always wearing a mask indoors led to a lower likelihood of testing positive for coronavirus compared to those who did not. not systematically a mask.

A number of doctors speaking in a discussion on the UC San Francisco campus urged caution about losing masks too quickly and warned that there is still a lot of uncertainty about the variations that may emerge.

“Mars seems to me to be taking away masks soon. I think we need more time to figure out what’s going to happen,” said Dr. Sarah Doernberg, associate professor of infectious diseases at UC San Francisco. a little premature to withdraw that.”

Rutherford, who is also a board-certified pediatrician, cautioned against removing mask mandates too quickly from classrooms and daycares. For children ages 2 to 4, for whom there is no licensed vaccine, masks remain the best layer of protection, he said. An outbreak could close a daycare center for perhaps 10 days.

For elementary, middle and high school students, who were lucky enough to be vaccinated and, in some cases, boosted, “as transmission goes down, we can go back down,” Rutherford said. But dropping masks too quickly and potentially seeing an increase in outbreaks could result in large numbers of students being sent home for several days, and “I think that’s a much bigger disruptor to education than to wear masks,” he said.

It’s also important to consider children who have underlying medical conditions and who could benefit from extended mask mandates. “There are many situations where you might want to add an extra layer of protection. But I think, compared to continuing to send everyone home whenever there is a case, masks are a much less intrusive type of intervention,” Rutherford said.

People will have to make personal decisions about whether to throw away the masks. Counties that don’t have their own mask order — like Orange, San Diego, Riverside and San Bernardino — will likely see their mask mandates end unless the statewide mandate is extended.

UC San Francisco infectious disease expert Dr. Peter Chin-Hong said he will likely continue to wear a mask in the near future in crowded indoor settings, such as at Costco. He is also aware of the possibility that after receiving his booster in October, his antibodies will wane again to the point that he could be more vulnerable to a breakthrough infection, although he is confident he is protected from serious illness. .