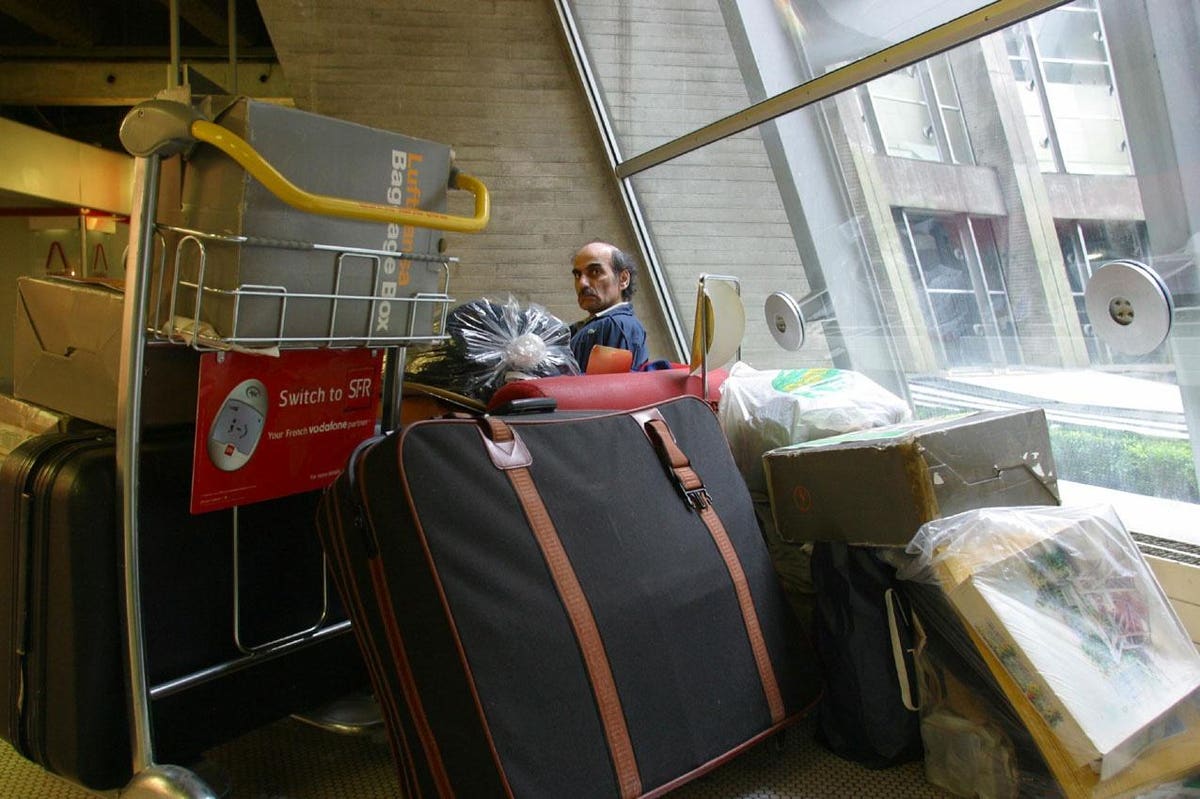 He liked to be called “Sir Alfred”, Tom Hanks played him in a movie, The Terminal, and he was known around the world as the man who had lived in an airport for 18 years.

And this week, Mehran Karimi Nasseri, died in this same airport, Charles de Gaulle in Paris, where he had lived again before his death.

Airport officials believed Nasseri was born in Masjid-i-Sulaiman, Iran, in 1945. He first traveled to Europe to find his mother, but upon his return he was exiled from Iran for anti-government protests.

He bounced around Europe and spent a few years in Belgium with refugee status, but was deported from the UK, the Netherlands and Germany because he didn’t have the right papers, which which would become all too familiar to him.

On a trip in 1988, he flew from Charles de Gaulle airport to Britain one-way with no more than $500, clothes and, most importantly, no passport. French authorities broke the rules and let him go to the UK, but British customs wouldn’t let him into the country and sent him back.

When he returned to Charles de Gaulle airport, Nasseri had no supporting documents to say who he was or what country he was from – and he started living at the airport, in terminal 2F. While French authorities declared him to be in France illegally because no country would take him, he was living in a legal limbo, a story that would be picked up by Steven Spielberg for his 2004 film The Terminal, starring Tom Hanks and Catherine Zeta Jones.

He was reportedly picky about cleanliness and washed in the bathrooms before the airport was busy in the morning and the airport cleaner washed his clothes.

Charles de Gaulle Airport released a statement on Sunday saying airport staff and the community had cared for Nasseri “as much as possible for many years” but that it had been difficult due to his psychological issues. . In 1999 he was legally allowed to leave the airport and stay in France as he was granted refugee status, but he reportedly had little desire to leave and stayed until 2006.

Airport medical director Dr Philippe Bargain said at the time: “When you wait 11 years for something and suddenly, within minutes, you sign some papers and it’s done, imagine what a shock it is.”

With the proceeds from the film, he moved to a hostel after being treated in hospital, but had returned to live at Charles de Gaulle airport in recent weeks. An airport official reported that when he died he had a few thousand euros in his belongings, but he chose to return to where he had spent so much time. He always spoke fondly of the airport and its travelers, spending his days reading the newspapers and writing in his diary, watching the world go by.