Rescue: Extreme Medics: Channel 4 medical series release date and what is it about? 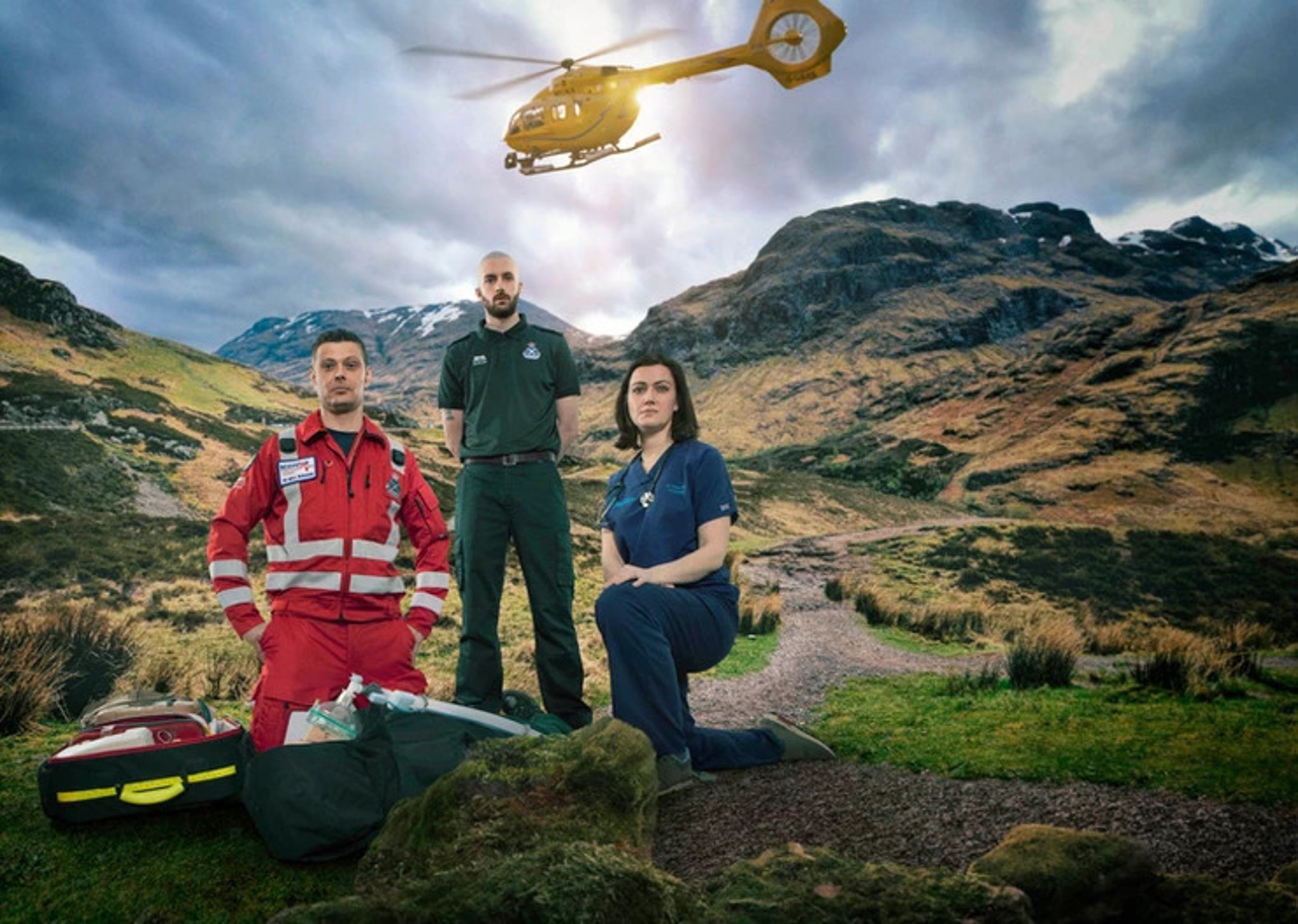 The new medical series on Channel 4 Rescue: Extreme Medics. The program follows the Scottish Trauma Network as it provides lifesaving treatment in all parts of Scotland (Channel 4)

The new series, Rescue: Extreme Medics, follows the Scottish Trauma Network as it serves a population of 5.4 million people.

The elite network of clinicians ensure that over 30,000 square miles of land are covered, despite the extreme challenges that come with it.

Register to our newsletter What to watch

The newsletter mute the noise

If a patient cannot get to the emergency room, the Scottish Trauma Network provides lifesaving care even in the most rural and inaccessible parts of the country.

Scotland’s geography is one of the most difficult in all of Europe and the network must ensure it provides emergency medical aid, despite these challenges.

The series follows doctors who must go above and beyond what is expected in the medical field to treat patients with unusual injuries.

With more than 5,000,999 calls daily across Scotland, specialist clinicians at the Glasgow Ambulance Control Center must work to identify the patients most in need of trauma team interventions.

When is Rescue: Extreme Medics activated?

The program will air at 9 p.m. and can be viewed on Channel 4’s catch-up service, All 4, after the broadcast.

The series has six episodes which will be broadcast on Channel 4, every Monday at 9 p.m.

What happens in Episode 1 of Rescue: Extreme Medics?

In the first episode, the Scottish Trauma Network leaves Glasgow in a helicopter as it heads for a remote part of Skye.

The team is deployed to help rescue a man trapped under a 650kg all-terrain vehicle.

The Scottish Trauma Network will also visit rural Aberdeenshire after a 51-year-old cyclist had a head-on collision with a digger bucket.

The series follows frontline teams as they ensure patients receive the life-saving care they need to survive.

What is the Scottish Trauma Network?

The network was developed in 2016 after a commitment from the cabinet secretary to health and sport.

The four main trauma centers included in the network are in Aberdeen, Dundee, Edinburgh and Glasgow and aim to cover the four surrounding regions, North, East, South East and West.

The network works alongside the Scottish Ambulance Service to support areas served by major trauma centres.

According to the Scottish Trauma Network, around 4,000 people are seriously injured every year in Scotland.

It is also estimated that there are approximately 100 cases of major trauma in children under the age of 16 each year.

The objective of the network is to “save lives and restore lives”.