PANDAS/PANS; a rare disease that claimed the life of our daughter: Letters 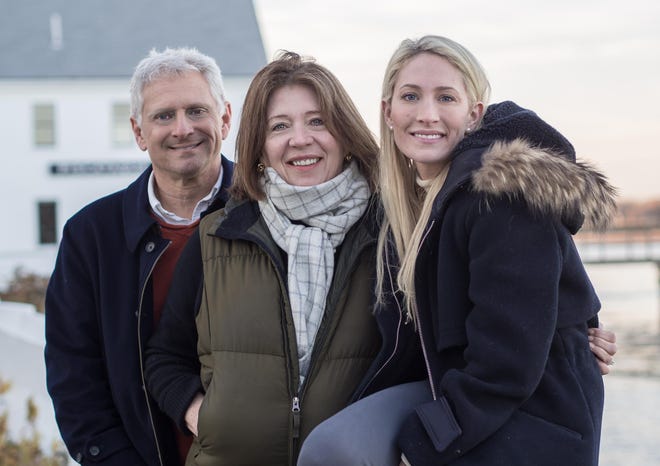 Symposium has improved understanding of the illness that took our daughter

On Saturday October 1, more than 90 people from all over New England and beyond – California one way and the UK, Netherlands and Sweden the other – came to Portsmouth to watch the second PANDAS/PANS symposium organized by The Alex Manfull Fund. As Karen Dandurant of the Portsmouth Herald wrote on September 30, my husband and I lost our 26-year-old daughter Alex to a little-known neuroimmune disorder with the acronym PANDAS (Pediatric Autoimmune Neuropsychiatric Disorder Associated with Streptococcus ).

Our speakers included 14 of the best researchers and clinicians in the field in our country and in Europe, representing eight different medical disciplines. They presented their thoughts, observations and latest research findings on “PANDAS/PANS: Recognizing, Understanding and Treating Immune-Mediated Neuropsychiatric Disorders”. It was a brilliant exchange of ideas between these seasoned professionals who are able to bring this field closer to the search for effective treatments. Medical and mental health providers left the symposium knowing better how to recognize and treat these disorders in their offices.

After:Portsmouth parents who lost their daughter Alex Manfull at 26 bring the PANDAS symposium to town

Send a letter to an editor: Email [email protected]

If you vote Democrat in the next election, you will endorse policies that will continue to make matters worse. Despite their ads, Sen. Maggie Hassan and Rep. Chris Pappas are neither moderates nor bipartisan, voting at the same rate as Schumer and Pelosi on everything that matters.

You support high inflation. It is caused primarily by runaway federal spending, which continues unabated even as the Fed attempts to control inflation by raising interest rates. The other main culprit is the war on fossil fuels, which is driving up the price of fuel, a major cost element of virtually every product.

You support the opening of borders. Millions of people enter illegally every year, costing billions and overwhelming local services. A lot of fentanyl also crosses the border. No other nation in the world allows unhindered entry into its country. How good is that for America?

You support the increase in crime. The denigration and defunding of the police, the elimination of cash bail, the reduction or elimination of prison sentences, and overly lenient prosecutors and judges result in far more serious crimes. It may not be obvious in the Seacoast yet, but continuing down this path will soon bring it here.

You are all on the green agenda. It sounds so wonderful. Remember that your electric car is built with fossil fuels. When you recharge it, it is with electricity produced by fossil fuels. The grid is already at maximum capacity, with no significant new sources of electricity on the horizon. To continue to eliminate production from fossil fuels while imposing more electric cars is madness.

At 8.5%, inflation is costing you a month of your income each year. Your 401(k) is rapidly shrinking, food costs are out of sight. You voted for. If you don’t support these things, this year, get us back on track and vote Republican.

Maggie Hassan turns us on again

Maggie Hassan says she will do “whatever it takes” to bring down gas prices. She hopes we don’t know that she consistently voted against American energy production, driving up costs at the pump and the loss of thousands of good jobs. Still, I’m glad Hassan is trying to enlighten us this time around, because his “solutions” are band-aids at best, dangerous at worst. Witness it:

• A gas tax exemption is a “trick instead of a solution”, Barack Obama correctly said in 2008, adding that its sole purpose is “to get (politicians) through an election”.

• Freeing up strategic oil reserves is another trick, and very dangerous in the event of a catastrophic event such as a natural disaster or war.

• Finally, Hassan boasts of having “hired members of his own party to do what is right”. This is the pinnacle of gas lighting. In August, when she could have prevented a new energy tax for low-income families with a single vote, Hassan voted no and the measure failed. Then she turned around and introduced a bill with the exact same goal, knowing that this time killing the tax required 10 Democratic votes to pass instead of one.

She voted “yes” safely and hoped us fools wouldn’t have had the smoke and the mirrors.

Gadgets and attacks will not lower energy prices. The only solution is to reduce demand via a recession – or increase supply by eliminating Hassan and ending the war on American energy. Because the only power Hassan really cares to maintain is his own.

Governor Sununu’s actions are darker than his sunny words

Governor Chris Sununu says he’s not a pro-life, right-wing, election denying, pro-Trump, anti-public education, tax-raising guy, but he’s doing a great job acting like one in work. Almost all of Sununu’s above claims have been proven false by his own actions, words and agenda.

Mr. Sununu signed the most restrictive abortion ban in New Hampshire history. In a podcast interview in May, he said “I’ve done more than anyone on the pro-life issue.” Unlike other states with a 24-month abortion restriction, the New Hampshire ban he signed does not make exceptions for rape or incest, and it carries criminal and civil penalties for the doctors who rape her. Mr. Sununu continues to support right-wing politicians such as Karoline Leavitt, Don Bolduc and Paul LePage of Maine, the first self-proclaimed Trump, who are staunch abortion opponents and Holocaust deniers.

Mr. Sununu recently endorsed Karoline Leavitt for election to New Hampshire’s 1st congressional district. Ms Leavitt still believes the 2020 election was stolen and continues to back debunked conspiracy theories. During one of her first campaign launches, she showed the film “2000 Mules”. The film produced by Dinesh D’Souza tries to show how the Democrats stole the 2020 election. The film was totally discredited even by Mr Trump’s own advisers. D’Souza pleaded guilty to voter fraud in 2014, spent months in jail and was pardoned by Mr Trump in 2018. By endorsing Ms Leavitt, Sununu endorses all of Ms Leavitt’s positions and he cannot be separated from his ideology. including his refusal of the 2020 elections.

Sununu has gone out of his way to all New Hampshire governors to seriously harm public education and increase the tax burden on local taxpayers. Sununu enacted the Education Freedom Account program, which allows students to spend the equivalent of the per-student share of public school funding for private, parochial, and home school expenses. As a result, millions of dollars of public funds will be taken from local public schools, reducing quality local public education and increasing local property taxes. Additionally, Sununu nominated and the Republican-controlled Executive Council nominated Frank Edelblut as Education Commissioner. Edelblut has no professional experience in education and has ties to the Free State movement, which does not believe in government.

Sununu can claim to be anything he wants, but his record clearly demonstrates that he is not pro-choice, does not support women’s reproductive freedoms, does not support an education system strong public, that he raised local property taxes and that he approved of the conspiracy. theory of candidates for public service who refuse elections. Show me your friends and I’ll tell you who you are.