Film Talk: Latest Film Releases – The end is far from near for the brilliant Bill 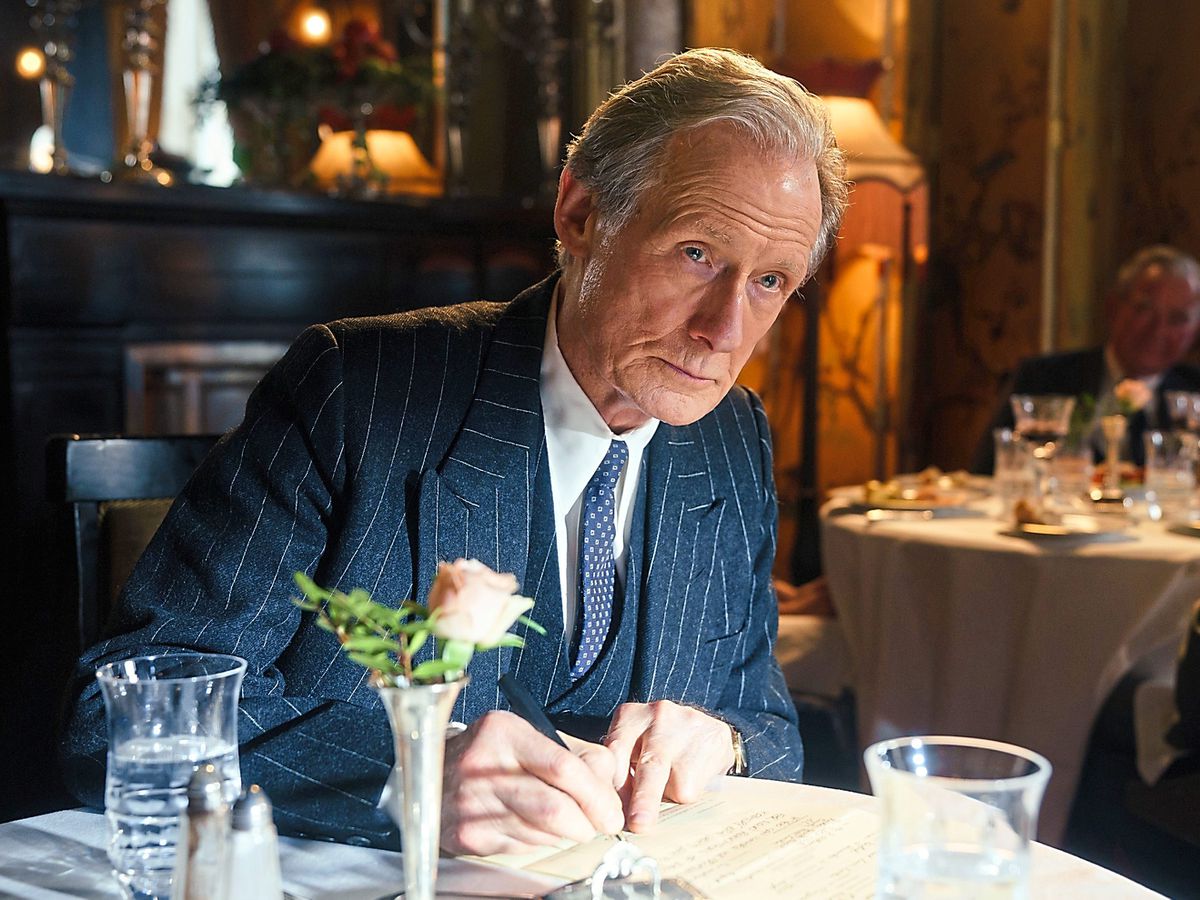 When Love Actually hit the big screen in 2003 and Nighy appeared in his first scene as aging rocker Billy Mack, I laughed till I cried at the sublime delivery of swear words that spurted from his mouth.

Quite simply, any man who could pull off such a funny series of simple curses was a man with a knack for seeing and bowing to it.

Shortly after watching Richard Curtis’ magnum opus, I caught Nighy for the second time in 1998’s Still Crazy – another film in which our Bill dons the mantle of a stranded rock star. As with Love Actually, his performance here was spot-on, delightfully channeling the conceit and well-matured pretentiousness of a forgotten rock icon whose band sought a return.

Nighy had the requisite pout, prance, and prima donna pomp all the way, once again forcing me to stand up and acknowledge.

After catching him in The Boat That Rocked (another stint as a rock and roll lothario) and Shaun Of The Dead (the immortal Shaun of the Dead, please), my opinion that Nighy was the one of the funniest British actors to have ever lived solidified. But until now, I had never really appreciated how great he was outside of the comedy genre.

Clearly, if Bill Nighy doesn’t win an Oscar for his turn in Living by Oliver Hermanus, the Academy might as well hang up their boots. His performance is simply extraordinary and will leave no heart unscathed. If you’re going to see a movie this year, make it this one. Let’s take a closer look…

Powerful feelings may surface for many during director Oliver Hermanus’ exquisite English-language remake of Akira Kurosawa Ikiru’s 1952 drama about a terminally ill man who recognizes the emptiness of his existence just before he is cruelly torn from him. .

Transferred from post-war Japan to London by Nobel Prize-winning novelist and screenwriter and Booker Kazuo Ishiguro (The Remains Of The Day), Living causes emotional devastation in the lingering silences between characters who have remained calm and carried on since World War II.

Those moments when the right words fail to materialize — between a dying father and his distraught son, between sharp-suited officials at the mercy of bureaucracy — are heartbreaking, and Hermanus gives us the time and space to feel every blow. sorry.

A central career-best performance from Bill Nighy, who will be a formidable contender for Best Actor at next year’s Oscars, galvanizes each elegantly crafted scene.

He delivers a riveting masterclass in painfully silent servitude tinged with regret that recalls the comedic flamboyance we’ve come to expect from the gregarious Love Actually star.

Touching interludes with co-star Aimee Lou Wood’s co-worker, one of the few people to know her medical diagnosis and witness renewed resolve in the shadow of death, sparkle like gems perfectly polished.

A medical exam reveals a diagnosis of terminal stomach cancer and once Mr Williams finally whispered the dreaded words out loud (‘The doctor gave me six months…eight or nine in a row’) , he seeks peace by personally championing plans for a children’s playground.

To Live is a magnificent meditation on mortality that savors every second of a 102-minute duration.

Nighy delicately touches our heartstrings, whether he’s stumbling on a boozy getaway with a friendly stranger (Tom Burke) or resisting awkward exchanges with his unsuspecting son (Barney Fishwick) and stepdaughter (Patsy Ferran) .

Cinema is most powerful when reality is refracted through a lens.

The image of Hermanus refuses to avert his sympathetic gaze.

Life is a series of bewildering and joyful first takes until a greater power calls “cutting”.

Cinema is an act of voyeurism – an open invitation to spy on other people’s daily activities and private moments from the comfort of a dark theater.

Sometimes these moving lives are real, captured raw and spontaneously by documentary filmmakers.

More often than not, they are wildly imagined by screenwriters or adapted from rich sources. Writer-director Chloe Okuno’s unsettling horror draws inspiration from the most relatable kind of voyeurism – stealth surveillance of neighbors – and steadily elevates the terror as she imagines the consequences if one of those nearby residents were a killer. in search of his next victim.

Based on an original screenplay written by Zack Ford, Watcher revels in suggestion and paranoia, pushing an increasingly unhinged heroine to the brink of a nervous breakdown as she feverishly questions her intuition in a foreign land she talks to. pain the tongue.

She’s in excellent form in the genre, narrowly escaping the clutches of a sexually transmitted specter in It Follows.

In Watcher, Monroe brilliantly evokes the spiraling disorientation of a sleep-starved and rational-thinking stranger, who fears no one will hear her cry if her darkest fears come true and she is stalked by a murderous predator. .

Actress Julia (Monroe) and her husband Francis (Karl Glusman) move from New York to Romania, her mother’s homeland, for a promotion in the Bucharest office of her marketing company.

They move into a spacious apartment with large windows overlooking a courtyard and a similar building.

Alone in the apartment, Julia notices a man across the street staring at her.

She learns that the capital is in the grip of a serial killer nicknamed the Spider and Julia is fixated on the possibility that the neighbor opposite, Daniel Weber (Burn Gorman), could be the author.

After a disturbing encounter with Daniel at a local supermarket, Julia and Francis review CCTV footage.

“He looks at me !” she professes, referring to a frozen image on the screen.

“Or he looks at the woman who looks at him”, calmly justifies Francis.

Watcher is an elegant, clinical study in psychological disintegration, tied to Julia’s helplessness because no crime has been committed.

Monroe hits every emotional beat as her character is repeatedly dragged through the wringer and Gorman perfects a quiet, creepy look that could be social awkwardness or something sinister.

Writer-director Okuno’s noose loosens in the final 10 minutes, but the hard work has already been done.

An expectant mother thinks she should decide what happens to her body in a timely drama about civil rights and activism, based on a real-life underground movement in Chicago called the Jane Collective, which helped women get abort safely. In 1968, Joy (Elizabeth Banks) and her husband Will (Chris Messina) are eager to join their family, which already includes their teenage daughter Charlotte (Grace Edwards).

Joy feels something is wrong with her blooming body and a visit to her doctor reveals a serious heart condition.

The chances of surviving the pregnancy and looking a second child in the eye are 50% at best.

A medical dismissal is considered, but Joy and Will must persuade the all-male hospital board to approve the procedure.

They decline the request, and as a result, Joy answers a card in a phone booth for “Call Jane”, introducing her to a secret movement led by Virginia (Sigourney Weaver).

The Jane Collective promises to perform the abortion for 600 dollars and to ensure the necessary follow-up, under the direction of a brilliant doctor (Cory Michael Smith).

In 1980, following the assassination of President Park Chung-hee, agents of the Korean National Intelligence Service (KNIS) hunt a mole in the ranks.