Every Superhero Costume From The Movie, Ranked By Comic Accuracy 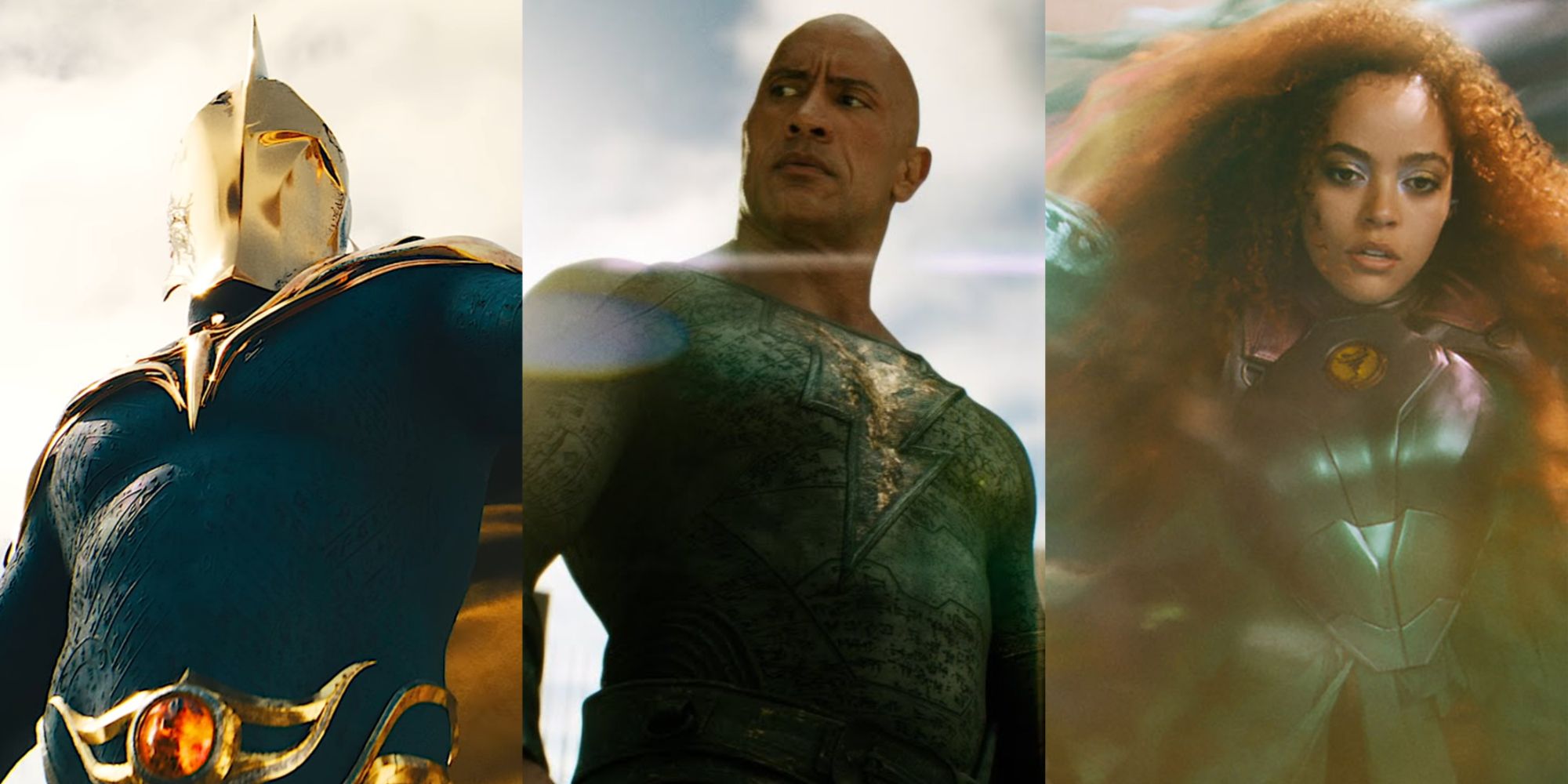 Despite black adam receiving less than stellar reviews with critics racking up 40% on Rotten Tomatoes, fans are proving to love him thanks to the fact that he introduced many new characters to the DC Extended Universe (including members of the Justice Society). Not only did audiences finally get a glimpse of their powers, but they were filled to the brim with new costumes in a long line of well-designed costumes for the characters.

In line with his more fantastic style, the costumes of black adam all manage to give the characters designs that look straight out of a comic book panel. Some of them barely changed anything from what you could see in the comics while effectively translating them into live-action form.

Despite being the villain, the design of Sabbac when he emerges to fight the Justice Society and Black Adam maintains comic book accuracy. From the red-skinned horns to the glowing pentagram that spans his torso, Sabbac indeed matches his comic book counterpart.

The design is updated just enough to fit the live action and also actor Marwan Kenzari. Although Sabbac’s characterization has little to write home about, many viewpoints would agree that his overall appearance was a strong and imposing design for a demon.

This is a case where a lack of precision in the comics benefited the character’s live-action debut. In the comics, Cyclone looked like a stereotypical witch, but the movie gave her a redesign that kept a flowing green dress that seems more appropriate for the strong member of the Justice Society.

The costume she wears is more like what you might see a modern version of a witch wearing, which is a nice touch to show the film’s respect for the character. She retains the same cyclone insignia on her chest and the long red hair she is known for.

With hieroglyphics smeared across the dark bodysuit with golden armor pieces and a symbol with a faded glow, many were sold on this costume from the first look given by Dwayne Johnson. It’s pretty much what fans expected from the character, a darker, grittier version of what Shazam is known to wear.

The costume is even more beautiful when Black Adam is resurrected for the first time with the heavy cape which makes Teth Adam even more imposing and mysterious. It’s fairly faithful to what Black Adam wore in the comics, but updated just enough that fans hardly complain.

In the post-credits scene, Henry Cavill stepped out of the shadows, confirming his official return as the DCEU’s Superman. The costume worn in black adam is actually closer to the one seen in Steel manthe House Of El crest being a bold symbol instead of representing the River of Hope (as seen in subsequent films).

Henry Cavill’s costume is also a much more vibrant blue and red, without the oversaturated look of Zack Snyder’s style; Cavill also sported a single curl hairstyle that Superman is famous for in the comics. The DCEU Superman costume has always been a healthy mix of old and new blended into one.

There’s no denying that with one look at the character, any comic book fan can tell that he is indeed Kent Nelson AKA Doctor Fate. Played by Pierce Brosnan, his Doctor Fate sports the blue costume with a golden cape, the Ankh symbol, gauntlets, and boots (along with the signature helmet). However, Fate also got a few changes for this first live-action, and they’re far from bad.

The Helm of Fate has no eyes, and the two sides of the face feature two designs: one is smoother and more perfect, and the other features a more rugged and angular design, likely to represent order and chaos with which the character struggles. Finally, the Ankh symbol is organically woven into the rest of his golden armor, giving the DCEU Doctor Fate a distinguished look.

Literally the only thing this costume changes from the comics is that Atom Smasher has sleeves, making it look more like a mix of The Atom and Atom Smasher. Other than that, Noah Centineo’s costume on Al Rothstein is a surprisingly faithful adaptation of the Atom Smasher costume seen in the comics.

There’s also a reason for this since Al Rothstein (seen in Black Adam) is the original Atom Smasher’s nephew, who inherited the costume. It might sound campy, but in action against Black Adam or Sabbac, Atom Smasher’s precise and comedic design manages to be effective on the big screen.

At the climax, Teth Adam (Dwayne Johnson) returns to join the Justice Society and stop Sabbac from unleashing Hell on Earth. Embracing the path of an anti-hero fighting for good, his power becomes pure, resulting in an upgrade to his costume that’s a much better representation of Black Adam from the comics.

The golden parts of his suit are much more vibrant as he has wraparound avant-garde bracers on his wrists, and he has the cape that was sorely missing from his first suit. Now, Adam looks much more like the comics and his future rival Billy Batson (AKA Shazam), and the suit suits him perfectly when he finally sits on the throne of Kahndaq.

Of all the members of the Justice Society, many expected Hawkman to be the most revamped. His overall design may work in the comics, but many expected him to look silly in live-action. Instead, Aldis Hodge pulled off the look pretty well with armored Thanagarian wings, a falcon-shaped helmet, and even sporting the metal Nth mace.

Hawkman even wears slightly heavier armor, but with the red hawk insignia over his heart that Hawkman is known to wear. The DCEU is so known for doing its own thing with its superhero costumes that it’s actually refreshing to see designs that match comics or animation.

NEXT: 10 Things Only Comic Book Fans Know About Hawkman