Eskimo player hangs up his helmet to enter the medical field 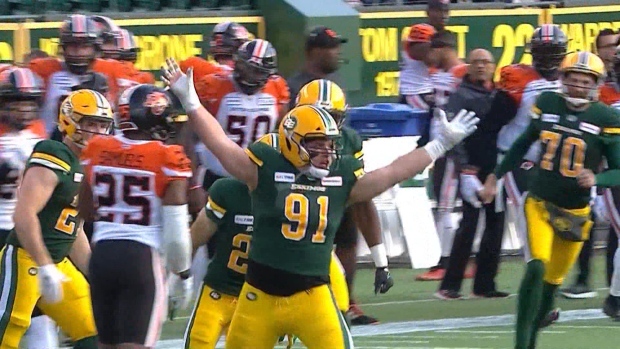 EDMONTON – Defensive tackle Mark Mackie was just starting to take off with the Edmonton Eskimos, but decided to retire after just two seasons, leaving times uncertain in the CFL for med school.

Mackie was admitted to the Schulich School of Medicine at Western University.

“I really feel like I’m trading a sweater for another sweater to get into this profession,” Mackie said.

The London, Ont. Native applied in October and says his decision has nothing to do with the pandemic or the current state of the CFL. The league has requested federal funding due to the COVID-19 crisis.

“It’s kind of an odd coincidence that these two events lined up the way they did,” Mackie told CTV News.

The 25-year-old said he was not sure what to expect in med school. Will students be allowed on campus or will classes be online? Mackie also continues to think about his former teammates.

“You really feel for guys. I mean because there are a lot of questions. Will there even be a season? How long will the season be?

Mackie has closed the door on his playing career and isn’t sure which direction he will go to in medicine, but he hasn’t ruled out returning to the sport as a medical professional.

“I’m leaving with an open mind but … if I can come full circle, come back to sports one day, that would be cool.”