Beyond the Bench: A Conversation with Audrey Brumback | Spectrum 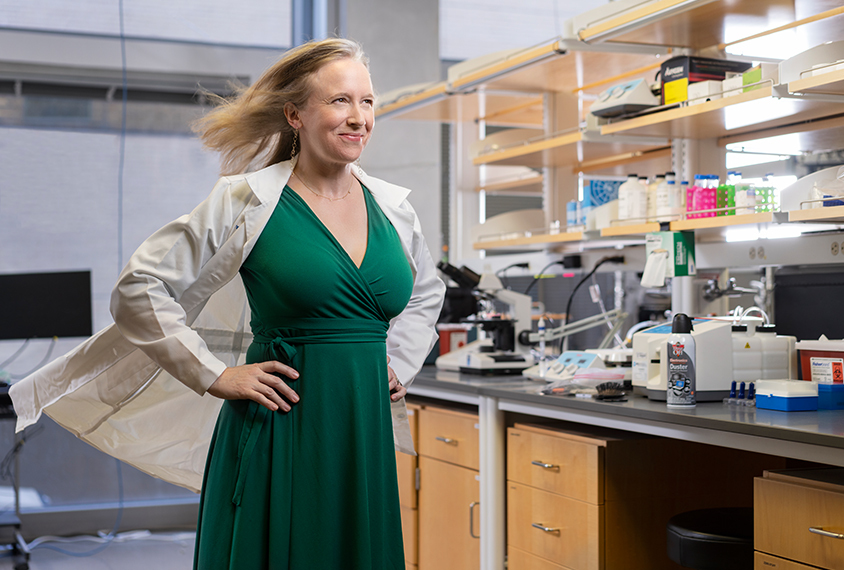 Audrey Brumback had no intention of following in her father’s footsteps, a physician, scientist and founder of the Journal of Child Neurology. She went to medical school but tried new specialties – OB-GYN then ophthalmology. Ultimately, however, these forays into healing were unsatisfactory for what she discovered to be her true calling.

“It wasn’t until I did neurology, then pediatrics, then childhood neurology, that I felt my shoulders relax and had that sigh of relief,” says Brumback, assistant professor of neurology and pediatrics at the University of Texas at Austin.

Brumback is now a physician-researcher studying how brain circuitry is disrupted in neurodevelopmental conditions such as autism. She hopes to someday design therapies for autism that target these circuit differences.

She spoke with Spectrum about volunteering in Mexico, having a lab next to her husband’s and why she sometimes cries at work.

Audrey Brumback: Can we localize different parts of cognition and social and emotional functioning to create targeted therapies for symptoms?

In neurology, we are trained to ‘locate’, which means that the first thing we do is not determine what the problem is, but where the problem is. Once we know where something is going on in the nervous system, we can make a list of things that could be causing it. In mouse models, we use a number of techniques – optogenetics (stimulation of neurons with light), calcium imaging, electrode recordings – to understand where and how brain circuits are disrupted in various disorders. I hope this work will someday lay the foundation for brain stimulation in people, to help address issues such as attention, memory, and sensory processing.

S: How did you come to focus on autism?

A B: When I finished my training in childhood neurology, I felt quite undifferentiated. I loved all of neurology. I practiced recording the electrical activity of the brain, so it would have been natural for me to go into epilepsy, but I thought the field of epilepsy already had a ton of great physiologists. The field didn’t really need me.

So I started to think about areas of neurology that could call for a good electrophysiologist, and I was drawn to these conditions which are at the interface between psychiatry and neurology. Conditions like autism, where overall the structure of the brain is OK, but clearly the functioning, the physiology, is very different. I thought, “Now that’s a condition where my skills could possibly make a difference. “

S: Do you have a personal connection with autism?

A B: My brother had what my parents described to me as “non-verbal learning disabilities” as a child, and it wasn’t until I became a children’s neurologist that I realized he was probably autistic. I never knew! My brother’s condition was not a conscious reason for my decision to specialize in autism, but it surely influenced me. As a doctor, I see many children and adults who remind me – fondly – of my brother.

S: What does a typical day look like for you?

During the day, I meet members of my team, I hope to write up ideas and proposals and analyze data. One day a week, I am in a clinic to take care of autistic children. About two to three nights a month, I’m on call for the general neurology department at Dell Children’s Medical Center in central Texas.

S: What do you eat or drink while you are working?

A B: Instant coffee.

S: Do you listen to music while writing or analyzing data?

A B: I listened to the instrumental version of the “Hamilton” soundtrack while writing a grant recently. I found it really energizing. 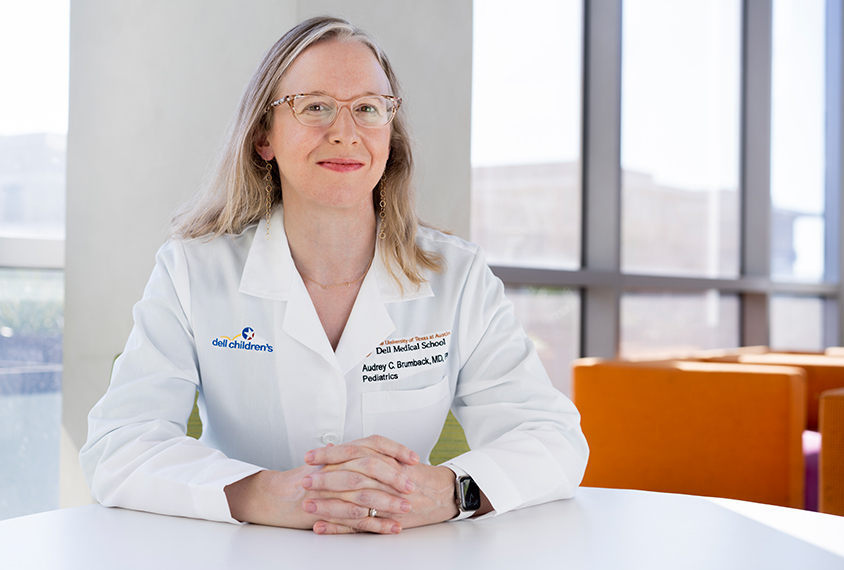 S: You are fluent in Spanish. Was it helpful?

A B: Speaking Spanish has certainly helped in patient care – about half of my families are predominantly Spanish speaking.

And I was able to spend about a week a year in Mexico volunteering for the Rotary Club’s annual Proyecto Niño medical mission. Childhood neurology is a niche area within medicine, so it was very special for me to go and provide this expertise to people who might not otherwise have access. We have visited the same place year after year and have been able to build relationships with patients – I’m really sad that I haven’t been able to go in the past two years due to the pandemic.

I felt we were able to do good, and it was also incredibly rewarding. I feel like I learned so much about how disability, risk and death are viewed in different cultures. I also learned how different the practice of medicine is when you don’t have access to technology. For neurology, CT scans and MRIs are part of routine care in the United States, but when I volunteered, I had to develop a treatment plan based solely on a person’s history and physical signs.

S: What do you think is your most valuable or unusual collaboration?

A B: My husband, MacKenzie Howard, has a lab next to mine, and it’s great. It was so nice to have someone to talk to, exchange ideas, get a second opinion. It’s funny – when you tell people that you work with your husband, the first reaction is, “Oh, how’s it going? As if that was definitely going to be a challenge. But it was fantastic. We have joint lab meetings where each of our employees receives feedback from the entire team.

S: In a 2019 article in Spark magazine, you talk about impostor syndrome. Are you still struggling with this?

A B: My impostor syndrome, this sense of self-doubt, diminished over time. Part of it is because I don’t do new things anymore. Medical schools, residences and post-docs and being a new PI (Principal Investigator) are all new experiences where you only see the tips of everyone’s success icebergs, and you wonder how they do when you can’t. Now that I’m in my fourth year as a PI, I feel like I have this.

S: Are you active on social networks?

A B: I follow a lot of people on Twitter. It was helpful to me to discover new work that I would have missed otherwise. I have tried to amplify the voices of people who are often ignored, for example by retweeting the Black in Neuro the crew and what black doctors, nurses and researchers are saying about the COVID-19 vaccine on The Conversation.

S: Does your lab have a mascot?

A B: We get a monthly delivery of chocolate from Cocoa Runners, does that matter?

S: What are you doing for fun?

A B: I like to write haikus in my head when I have a moment. I used to write one haiku a day as a journal entry.

S: How did you hear from you?

S: When you’re not doomscrolling, what do you read?

A B: Lots of graphic novels. My favorite shows right now are “The Witch Boy” and “Sanity and Tallulah”.

I also constantly read to my children. I think reading to kids is really, really, really important, and I give all my kids a book in the clinic. I like to start the clinic visit by writing the child’s name in the book and giving it to them as a gift. At the moment, I only buy books or bring from home, but I just received a grant from the Texas Medical Association Alliance to purchase books for children in our clinics.

S: I see you have acting credit on the Internet Movie Database?

A B: Yes! My high school friend Russell Barrett was in film school at New York University, so when we came home for vacation we would shoot movies. It was very fun. I think my dad must have made that IMDB entry! He was the best hype man and promoter.

S: What do you think is important for others to know?

A B: I have depression that is super well controlled with antidepressants. Thank goodness for modern medicine!

On a separate but related note, I’m not ashamed to cry at work sometimes. It is normal to cry with strong emotions. I don’t think it’s healthy to hide that and wear a straight face all the time.