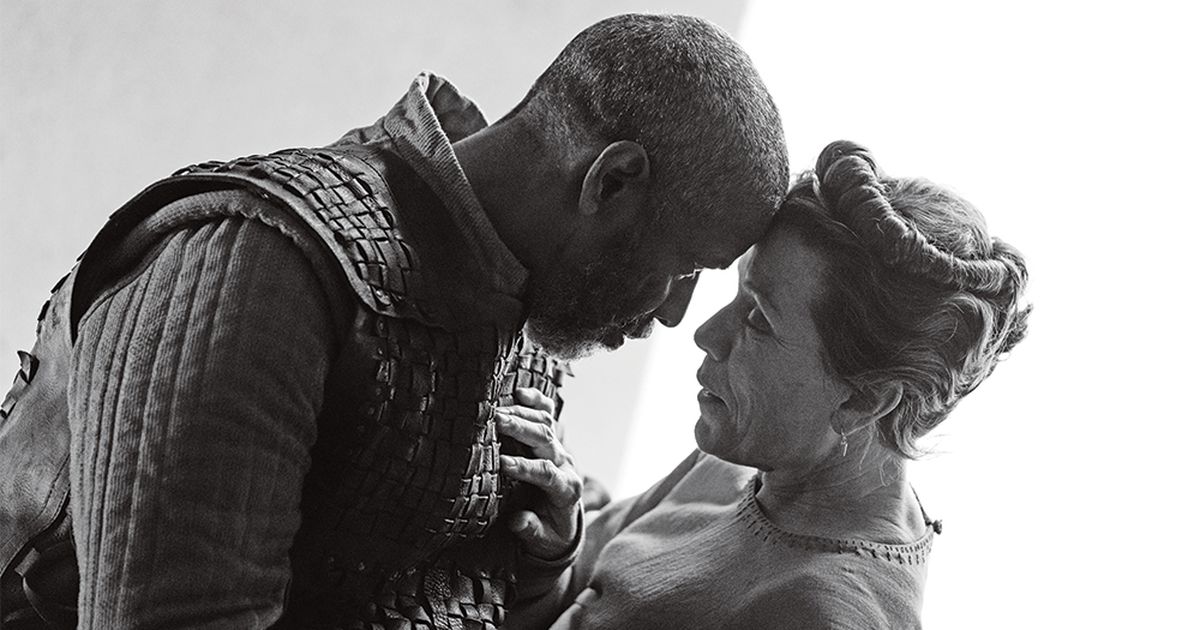 And CNN plunges Sunday into the complicated life of Marilyn Monroe with its series called “Reframed”.

Three Atlanta-focused reality shows also debut this week: “Leave it to Geeze” on Lifetime about the life of a memorable single mom who debuts Wednesday, “Married to Real Estate” on HGTV features a married couple from ‘Atlanta in Real Estate Thursday and “The Real Atlanta Murders” on Oxygen Sunday looks at notable homicides in the area.

On television, The CW Tuesday debuts “Naomi,” a new superpower series created by Ava DuVernay. The series was shot in Atlanta.

“The Bachelor” 8 p.m. ABC – Clayton moves on on his journey to find love with the 22 amazing women who remain.

“Kenan” 8:00 p.m. NBC – Kenan finds it difficult to define his personal and professional relationship with Mika.

“The Housekeeper” 9:01 pm Fox – Thony tries to sever ties with the crime syndicate when the FBI comes to ask questions.

“Ordinary Joe” 10 p.m. NBC – Music Joe is invited to sing the national anthem at the Giants game, Cop Joe bonds with a new friend because of their mutual love of football, and Nurse Joe and Jenny each earn their own victory.

“Dear Mother” 3:01 am Netflix – When Jean-Louis’ heart stops beating, he must face his oedipal problems – and ask his mother an unthinkable question – or he will die in three days.

“American Auto” 8 p.m. NBC – Sadie and Cyrus have a hard time knowing how honest to be about Katherine’s idea of ​​a car. Elliot pledges his vicious dog to Dori.

“FBI” 8 p.m. CBS – As the team searches for an abducted student, Jubal intends to secure rescue leads from the father of the kidnapper’s previous victim

“Superman & Lois” 8pm on the CW (start of season two) – The dust still settles in Smallville following the shocking outcome of the confrontation between Tal-Rho and Superman.

“Naomi” 9pm the CW (new series) – Naomi McDuffie is living her best life when a waterfall in the middle of her hometown of Port Oswego turns her world upside down.

“This is Us” 9pm NBC – Deja visits Malik in Boston while Rebecca and Miguel help Nicky find Sally, a woman he has never recovered from.

“black-ish” 9:30 p.m. ABC – Dre can’t get a good argument now that he’s moved to general marketing in his business and is starting to doubt himself.

“New Amsterdam” 10:03 PM NBC – Helen takes the reins of NHS Hampstead Hospital while Max gets creative in helping a patient in need.

“Cheer” 3:01 am Netflix (start of season two) – The arrest of one of the cast members of “Cheer”, Jerry Harris, is discussed.

“How I fell in love with a gangster” 3:01 am Netflix – A mysterious woman recounts the rise and fall of Nikodem “Nikoś” Skotarczak, one of the greatest gangsters in Polish history.

“The Goldbergs” 8 p.m. ABC – Erica and Geoff decide to throw a party to prove to themselves and others that they can still have fun as a young engaged couple.

“The wonderful years” 8:30 p.m. ABC – Brad works on his nerves to prepare his bar mitzvah speech while Dean ends his friendship with Keisa when Charlene tells him that he cannot be friends with other girls.

“Chicago Fire” 9pm NBC – During a call with station 37, a firefighter is struck by an electric line and decides to attack her injury. Brett receives a visit from Scott and Amelia.

“The Conners” 9 p.m. ABC – The Conners celebrate Mark when he’s on the Dean’s List of his new Magnet School.

“Leave it to Geege” 22:03 Lifetime (new series) – Geege Taylor, a single mother of two from the Atlanta area, is a twice divorced breast cancer survivor and advocates for autism acceptance.

“And just like that” 3:01 HBO Max – Carrie receives an interesting proposal from her book editor, while Miranda tries to rekindle a spark with Steve after Che’s radio silence.

“The Journalist” 3:01 am Netflix (new series) – Ryoko Yonekura (“Doctor X”) plays the determined journalist in this serial adaptation of the award-winning film.

“Peacekeeper” 03:01 HBO Max (new series) – The series explores the origins of the character John Cena first described in “The Suicide Squad”: a conceited man who believes in peace at all costs, no matter how many people he has to kill for it. get.

“The Blacklist” 8pm NBC – The death of a professional tennis player leads the working group to consult a doctor who could fix the odds of a major sports betting union.

“Women of the Movement” 8 p.m. ABC – After her son’s body is found in Mississippi, Granny insists on having a public vigil with an open casket to make sure Emmett Till did not die in vain.

“Ghosts” 9 p.m. CBS – When Jay’s sister, Bela, comes to visit Sam and Jay after being dumped by her boyfriend, they are shocked to find out that she is communicating with someone they know on a dating app.

“Law & Order: SVU” 9 p.m. NBC – A boy disappears after meeting a player online. Benson suspects that her son is being bullied.

“Married to Real Estate” 9 p.m. HGTV (new series) – Egypt Sherrod and Mike Jackson are working together on home projects in the Atlanta subway.

“Taurus” 10 p.m. CBS – Bull and Chunk set out to prove that their client, a woman on trial for murder, committed the crime due to lack of behavioral control caused by a brain tumor.

“The Tragedy of Macbeth” 12:01 am Apple TV + – Denzel Washington and Frances McDormand star in Joel Coen’s daring and fierce adaptation, a story of murder, madness, ambition and wrathful cunning.

“The Expanse” 12:01 am Amazon (series finale) – The Roci and all the others behind them face Marco and his Free Navy.

“Sex-Appel” 00:01 Hulu – Avery is a perfectionist-inclined teenager who enlists her friend Larson to help her prepare for her first time with her boyfriend from a distance.

“Archive 81 ″ 3:01 am Netflix (new series) – An archivist hired to restore a collection of cassettes finds himself reconstructing the work of a filmmaker and her investigation of a dangerous sect.

“After Life” 3:01 am Netflix (third and final season) – Tony is dealing with this loss of his father, and how will his relationship with Emma go?

“This is no comedy” 3:01 am Netflix – A comedian finds new meaning in his life when his best friend asks him to be his sperm donor, and he meets a girl who connects with the cosmos.

“The House” 3:01 am Netflix (new series) – This surrealist animated anthology series follows three generations of families who live in the same house in another world.

“Use of Force: Black America’s Police” 3:01 a.m. Peacock – Police killings of unarmed black and brown men and women have reduced relations between law enforcement and communities of color to an all-time high.

“Undercover Boss” 8 p.m. CBS – Andrew Simon, president and CEO of Fremont Street Experience and who began his work at this hugely popular Las Vegas attraction at the start of the pandemic, is going undercover.

“Magnum PI” 9 p.m. CBS – A nun hires Magnum and Higgins to investigate a mysterious and large cash donation made to a parishioner undergoing medical treatment at church.

“Ray Donovan: The Movie” 9pm Showtime – The Donovans return to Boston for a showdown that has been brewing for decades.

“Griffes” 9pm Sunday TNT – Desna swears not to rest until she dismantles Uncle Daddy’s organization from within.

“Cropped: Marilyn Monroe” 9pm Sunday CNN (new series) – Traces the story of Monroe, from aspiring starlet to Hollywood power broker, as she navigates the treacherous waters of Hollywood casting culture and bravely speaks out about abuse in a time of silence. Standard.

“The Righteous Gems” 10 p.m. Sunday HBO – The Gemstone siblings seek to draw the curtain on their father’s past, Eli shares a harsh truth, and Kelvin grapples with an unruly God Squad.

“Somebody Somewhere” 10:30 p.m. Sunday HBO (new series) – Sam is a true Kansan on the surface who, underneath it all, struggles to fit into his hometown mold.